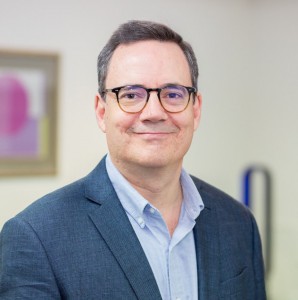 Stephen is Good Reason’s principal. He has spent more than 35 years in the travel, software and non-profit sectors as a manager, developer, entrepreneur and pro-bono consultant to charities.

Since 2000, Stephen has been a consultant to Oxfam Australia, ANTaR (Australians for Native Title and Reconciliation), the Diplomacy Training Program (UNSW), the Asylum Seekers Centre, and numerous other not-for-profit organisations.

At Oxfam he was instrumental in the early development of Oxfam Trailwalker, building in-house event management systems, on-line registration and donation interfaces, back-office and finance systems, and a separately branded Oxfam Trailwalker website. Trailwalker has raised almost $100 million for Oxfam Australia since 1999. While with Oxfam, he also built systems for the Oxfam International Youth Parliament and was a frequent adviser on a range of IT and data management issues.

After selling his interest in Tourism Technology, Stephen chose to focus his professional efforts entirely in the not-for-profit sector. Good Reason grew out of his desire to provide effective, low-cost system solutions and operational advice to charities and community-based organisations working for the common good.

Stephen also manages The Garrett Riggleman Trust, a private ancillary fund (PAF) supporting a wide range of charitable causes, and served as a Board Director of Good2Give between 2014 and 2019.